Samantha Tollstam’s toddlers needed the same antibiotic at the same time, but the odds of finding kids’ medicine in Montreal are stacked against them.

Her sons Massi and Mikaël, aged two and three, have fallen ill several times since they started daycare in September.

“It’s been a nightmare,” she said. “They were born during [the pandemic] so they weren’t introduced to all these bacteria.”

Canada is experiencing a nationwide shortage of antibiotics and pain and fever medication for children as respiratory illnesses in young patients rise.

Amoxicillin — a first-line antibiotic used to treat bacterial infections in children — is out of stock in Quebec. It is also used in Clavulin, the medicine Tollstam’s sons need, which is rare.

“It’s really scary because they have a fever and we don’t have the medicine to control the fever,” Tollstam said. “If I can’t see a doctor, how am I supposed to diagnose my child or get them the medicine they need?”

Pharmacists in the province have noticed signs of an amoxicillin shortage since October, says Pierre-Marc Gervais of the Association of Proprietary Pharmacists of Quebec.

“We hope production will increase so that we can stabilize supply in Canada, although it is difficult to predict when it will increase,” he said.

For example, he says that children’s ear infections can go away on their own in two or three days.

He says long-standing challenges in the healthcare system, including long emergency room wait times, are prompting doctors to prescribe drugs even when supplies are in short supply.

“Doctors need to realize that with these viruses the fever persists longer than usual,” he said. “They only need to prescribe when appropriate.”

Still unable to get Clavulin, Tollstam says she took her son to the emergency room after his fever lasted 17 days. She says they waited 4 p.m. to see a doctor.

“It’s really, really frustrating,” she said. “We have a great country that we live in… There has to be a system that makes sense.” 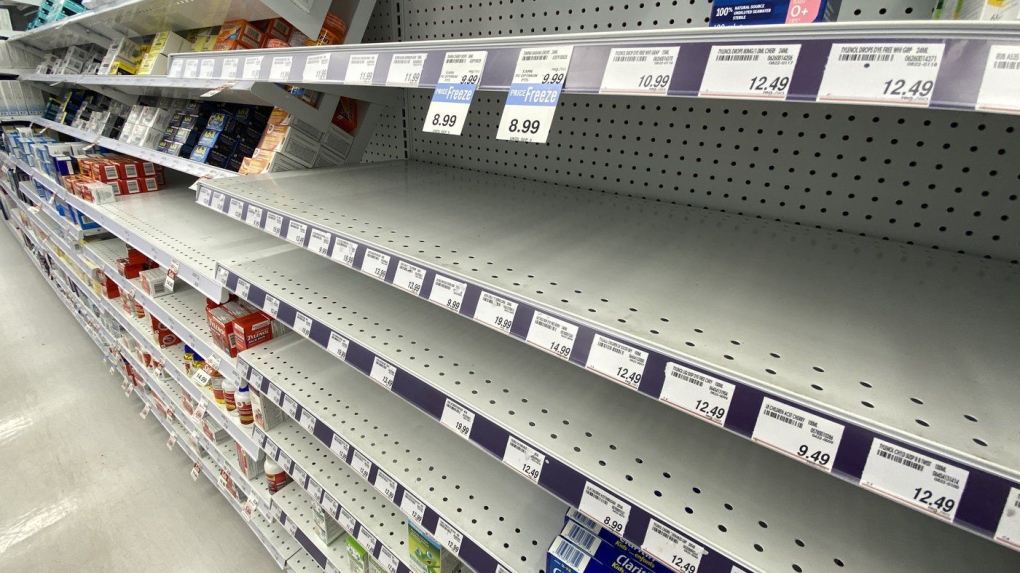 Doctor calls on Ontario to get more antibiotics for children