Pregnant women who take painkillers are more likely to have complications, study finds.

Researchers from the University of Aberdeen found that there were higher rates of premature births and stillbirths in women who took over-the-counter painkillers like paracetamol and ibuprofen.

Premature births were about 50% more likely in women who took one of five common painkillers at some point during their pregnancy.

And the study, which looked at more than 150,000 pregnancies over three decades, showed the risk of stillbirth was 33% higher.

Up to eight out of 10 expectant mothers take painkillers to relieve pregnancy symptoms, such as fever and joint pain.

But there is conflicting advice on what should be taken, with some considered safe and some not.

The NHS says paracetamol is the ‘first choice’ painkiller for pregnant women, but warns against taking high-dose aspirin and anti-inflammatories such as ibuprofen.

The University of Aberdeen researchers argued that their findings suggest the current guidelines need an “urgent” update.

Researchers from the University of Aberdeen found that there were higher rates of premature birth, stillbirth and neonatal death among those taking over-the-counter painkillers, such as paracetamol and ibuprofen 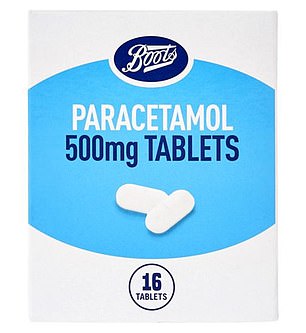 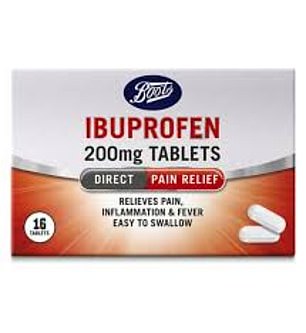 Up to eight out of 10 pregnant women take painkillers to relieve pregnancy symptoms, but there is conflicting advice on which drugs to take. The NHS says paracetamol (left) is the ‘first choice’ painkiller for pregnant women, but warns against taking high-dose aspirin and anti-inflammatories such as ibuprofen (to right)

The team studied the medical notes of women who had taken paracetamol, aspirin, ibuprofen, diclofenac and naproxen.

WHAT IS THE CURRENT ADVICE ON PAIN RELIEF DURING PREGNANCY?

Paracetamol is recommended as the first choice painkiller for pregnant women.

The NHS says it has been taken by many pregnant women with no harmful effects to mother or baby.

Low-dose aspirin can be prescribed during pregnancy to prevent a condition called pre-eclampsia and is considered safe to take throughout pregnancy.

But high-dose aspirin is not recommended for pain relief during pregnancy because it can affect the baby’s circulation, especially if taken for long periods after 30 weeks.

If paracetamol does not control the pain, pregnant women are advised to seek medical advice before taking aspirin.

Although there is no strong evidence that high-dose aspirin is unsafe to take during the first 6 months of pregnancy (up to 30 weeks), other painkillers may be more appropriate and potentially less harmful for your baby, depending on the health department.

Ibuprofen is generally not recommended during pregnancy unless prescribed by a doctor, especially if you are more than 30 weeks pregnant, according to the NHS.

Ibuprofen can affect a baby’s circulation and kidneys, and doctors believe there may be a link between taking ibuprofen in early pregnancy and miscarriage.

Paracetamol is currently considered safe to use throughout pregnancy.

But high-dose aspirin is not recommended for pain relief because it can affect the baby’s circulation, especially after 30 weeks.

And NSAIDs, which are all three others, are not recommended for pregnant women as they are known to affect babies’ circulation and kidneys.

The results, published in the scientific journal BMJ Open, show that overall three in 10 women (29%) took over-the-counter painkillers during pregnancy.

But the figure was twice as high for pregnancies between 2008 and 2015, suggesting use is “growing rapidly”, the researchers said.

Mothers who took at least one of the five pain relievers were more likely to experience complications. This included the risk of their baby having a low birth rate being 28% higher.

The risk of neural tube defects – related to the brain and spine – was 64% higher in mothers taking the drugs, while hypospadias, a birth defect affecting the penis, was 27% more likely.

Neonatal mortality – when a baby dies within the first four weeks – was 50% higher, according to the results.

The researchers warned that taking paracetamol in combination with other NSAIDs was the riskiest mix.

They did not suggest why the drugs caused harm to unborn babies, noting that the mechanism should be uncovered in future studies.

Aikaterini Zafeiri, a PhD researcher at the university and lead author of the study, said pregnant women should always consult a doctor before taking over-the-counter medications.

She said: “In light of the study results, the ease of access to non-prescription painkillers, coupled with the availability of misinformation as well as correct information via the internet, raises safety concerns.

“This is particularly the case when poorly or partially informed self-medication decisions are made during pregnancy without medical advice.

“It should be emphasized that paracetamol in combination with NSAIDs is associated with a higher risk and pregnant women should always consult their doctor or midwife before taking over-the-counter medications.

“We would encourage a strong strengthening of official advice for pregnant women.”